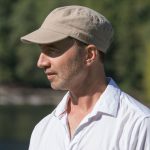 Oliver Harwood grew up in New Brunswick, and currently resides in Vancouver. He graduated from the Nova Scotia College of Art and Design in 1996 and apprenticed in the marble studios of Italy. He also received a BA from the University of New Brunswick, with a focus on History.

He is an active teacher in the art of stone sculpting and has recently established a program designed to teach elementary school children stone carving. Oliver has won over 15 awards and has taken part in various exhibitions.

His personal artwork is a blend of stories and metaphors, drawing on his UNB studies in ancient history and contemporary inspiration from urban and nature environments.

“Song of the Deep”

Song of the Deep

Song of the Deep is a public art sculpture inviting people to listen to the voices of nature in a new way. The premise for the sculpture is to create a three-dimensional song of the humpback whale. The oceans are filled with sounds and music most of which we never hear. The Humpback whale is known to compose intricate and beautiful songs up to a half hour in length that transmit up to a mile through the ocean. Inspired by Fundy Park, the Bay of Fundy and the Fundy Biosphere, I chose whale music as the subject for 2018 Sculpture Saint John symposium.

I have created the audio graph of a particular Humpback whale song; the visual pattern of the sounds the whales make. It is a sculpture about the voices of nature, the songs of life, and it is a call to listen, to listen in a new way and hear the beauty around us.

The sculpture has three main elements, the visualization of the whale song supported by granite blocks that have been split in two. The music of life is more powerful than stone.
The side stones form the outer shape, some say it appears as the jaw of a whale, and the resonance patterns extend into these stone, creating new sound waves 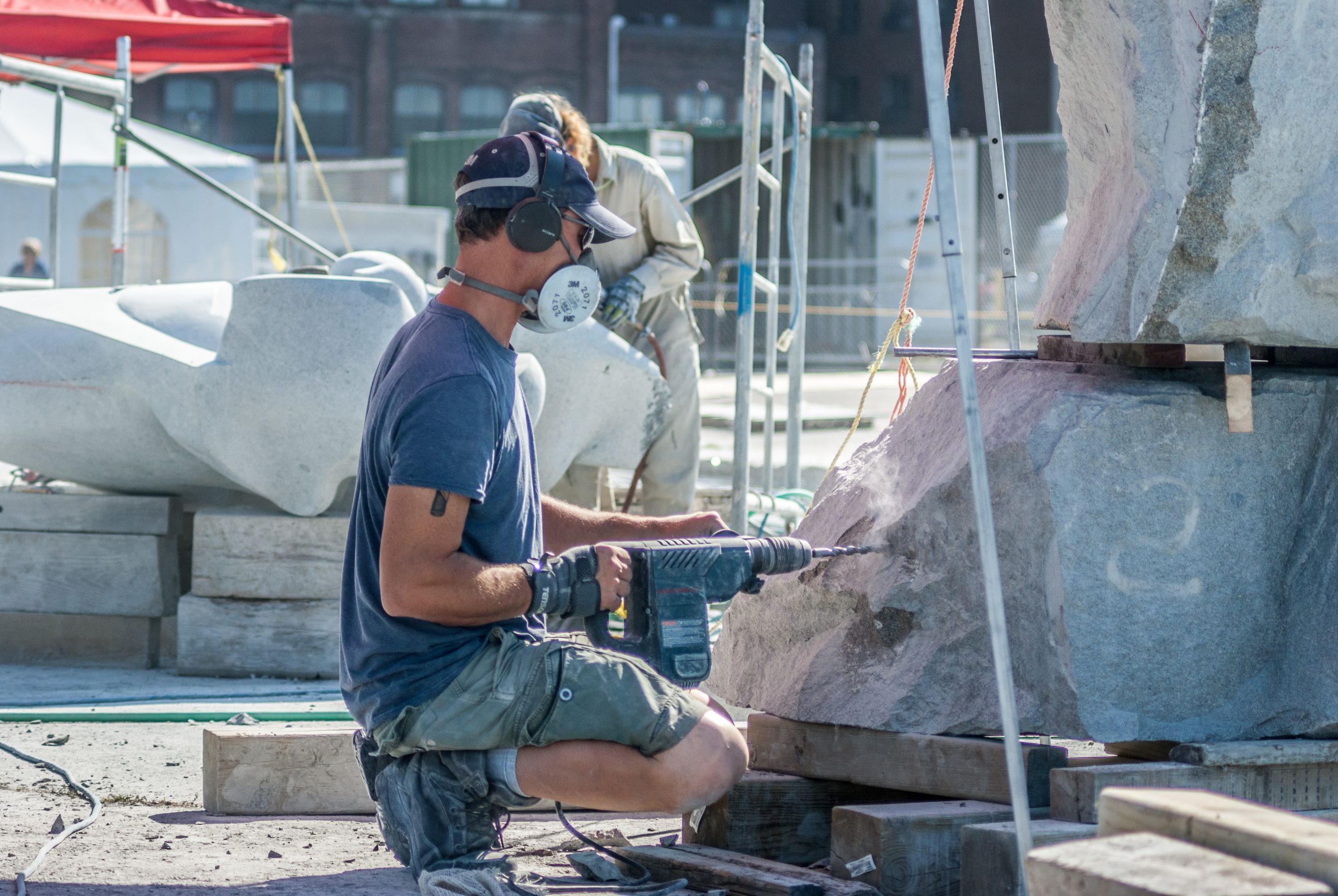 Oliver Hardwood at the 2018 symposium 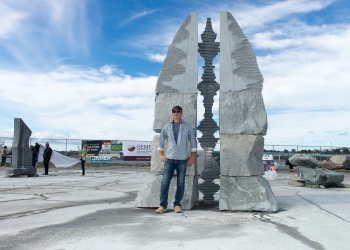 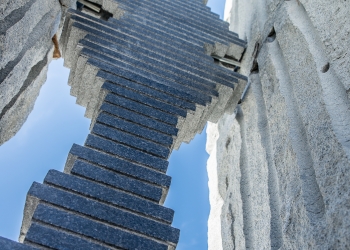 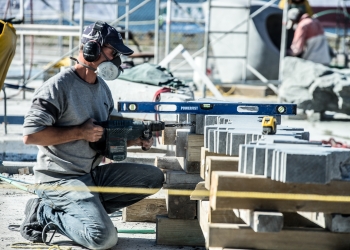 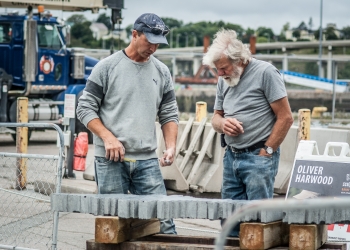 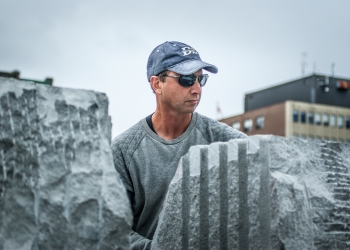 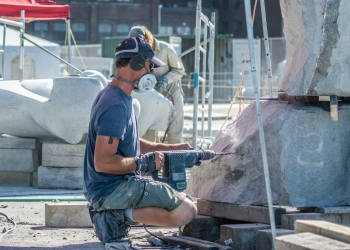 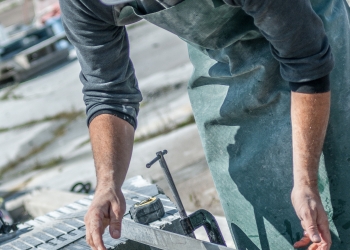 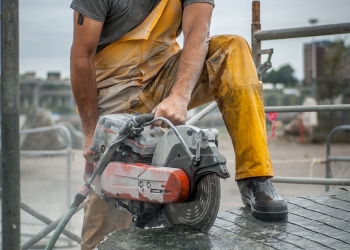 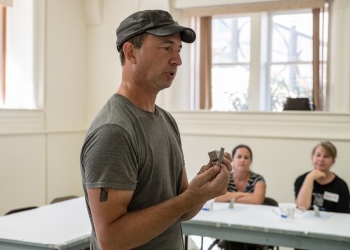 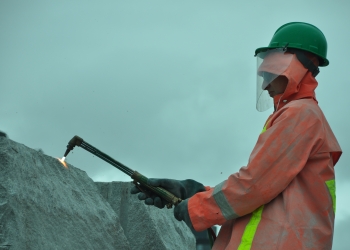 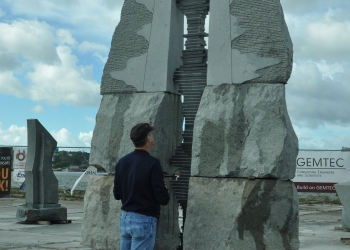 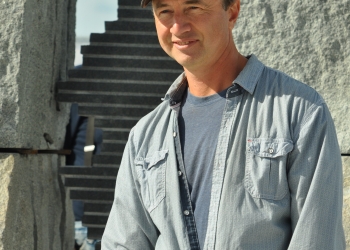 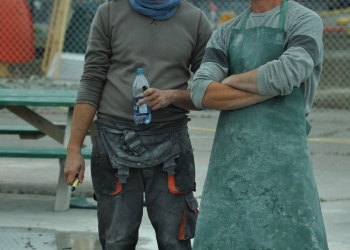 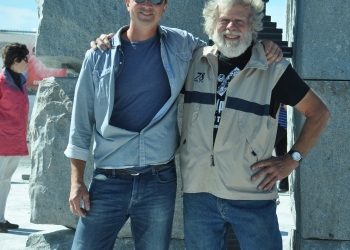 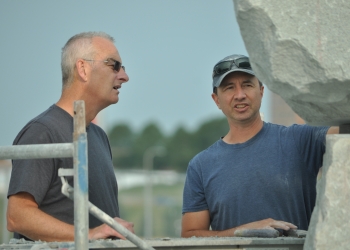 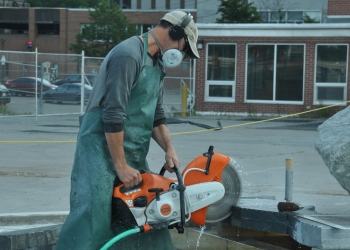 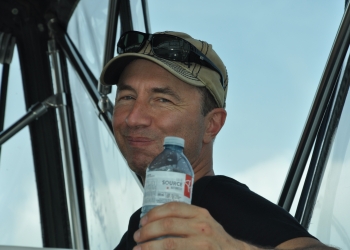 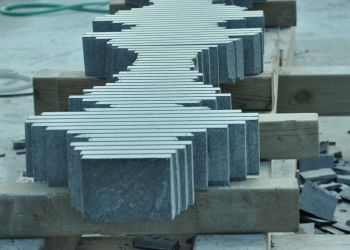 Some of Oliver’s Featured Work 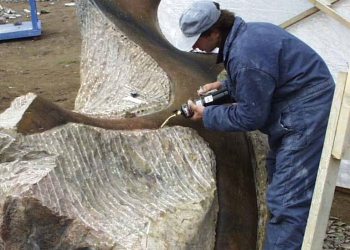 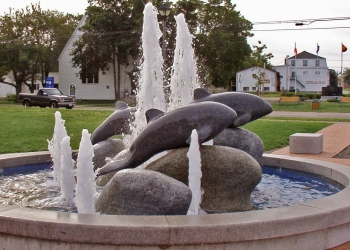 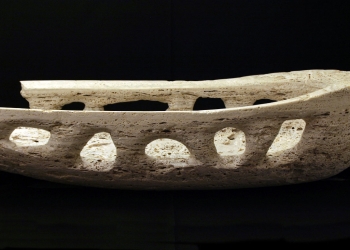 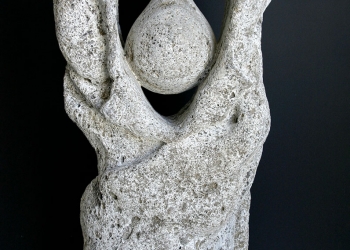 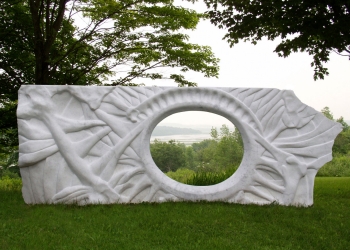 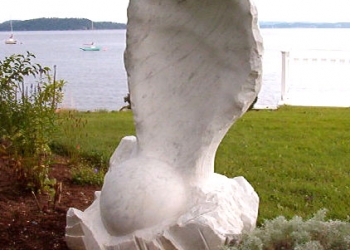